All performances are approximately 60 minutes in length. Best for ages 7 through adult since we often perform with half-masks, which may be scary for very young children.

“Trolleri” means Magic in Swedish. Let us share our magic with you! 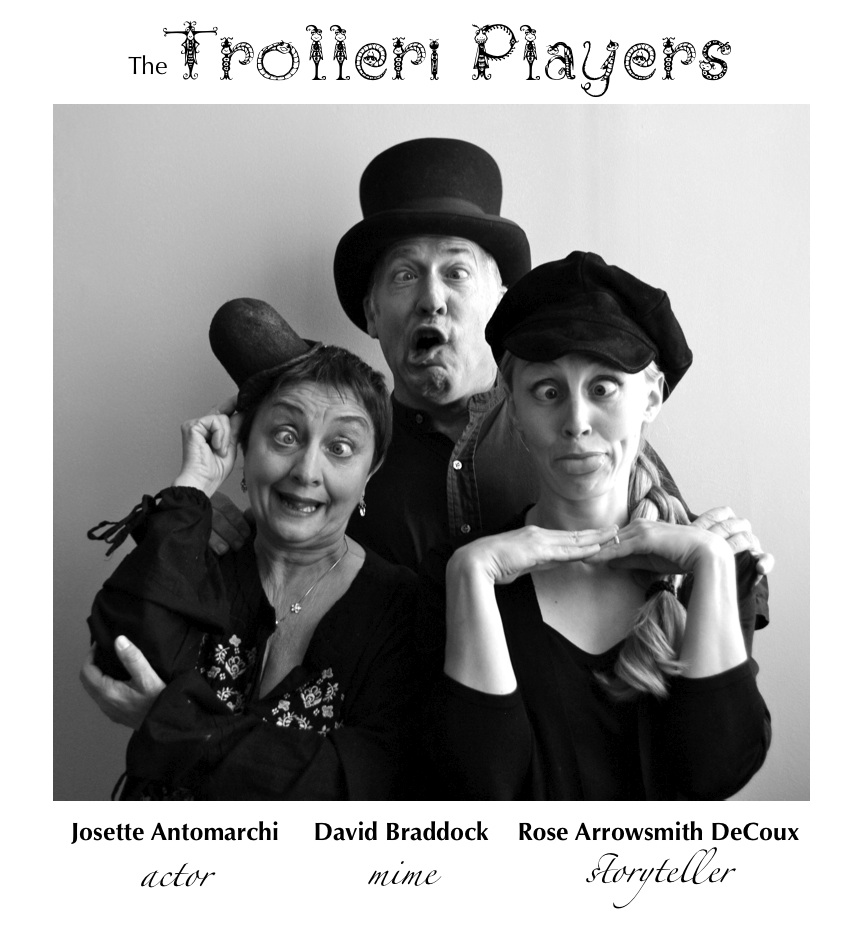 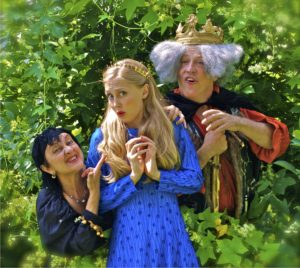 Find out what happens when you grow up in a family of trolls! 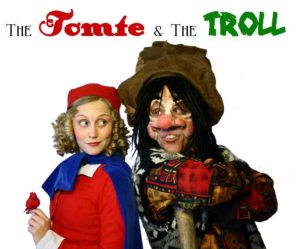 The Tomte & The Troll

Tomte Kajsa and Thorkelson D. Troll will make sure you know just what to do if you encounter an oaf as tall as a tree, as wide as a mountain and as intelligent as a box of rocks. 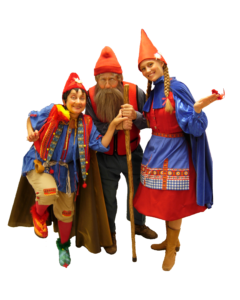 When cousins Tomte Kajsa and Olina come to spend Christmas with their Uncle Hoskul, they find the Norwegian Nisse in bad spirits. He is sure the human beings don’t believe in him anymore, and, worse, they will forget to give him his bowl of Christmas Pudding!

The tomtes hatch a midnight plan to restore the magic … and ensure they will get to sing carols and dance around the tree after all.

Josette Antomarchi is a native of France and began her stage career touring Europe. She moved to the states as a founding member of Theatre de la Jeune Lune. She has worked with the Children’s Theatre of Minneapolis, Illusion, Interact, and Theatre Latte Da, and was commissioned to create a television series by the Minneapolis and St. Paul Children’s Hosptials.

Rose Arrowsmith DeCoux has been telling Scandinavian stories around the US and in Sweden since 2001. She has worked as a residency artist for the American Swedish Institute and the Children’s Theatre of Minneapolis. She presents costumed and living history characters at festivals, fairs, theatres and schools. Rose is fluent in Swedish.

David Braddock has over 30 years of experience performing at public, corporate and private fairs, trade show, festivals and special events. His characters range from Thor the Thundergod to Ebeneezer Scrooge. He co-founded and directs Giant Step Theatre. David trained in mime with the legendary Marcel Marceau.