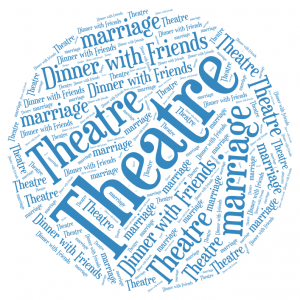 Over the weekend Jay and I did our first ever play together! We played a married couple, along with our friends Jackson and Hannah. Dinner With Friends won the Pulitzer in 2000 and is an moving, accurate story about friendships and marriage (the highs and lows). It was powerful to not only do a play with my husband (who hadn’t done one since high school but who was amazing), but to tackle this topic.

We had great turn out for an off-season show (in tiny tourist town), and people said it really got them talking. Some said “that was a little too close to home at times!” and that this was the best theatre they’ve seen here in a long time. Great to know that people want some of the heavier stuff. (I had forgotten that relationship angst can be funny– there were a lot more laughs than I’d expected, though plenty were the laughter of recognition). 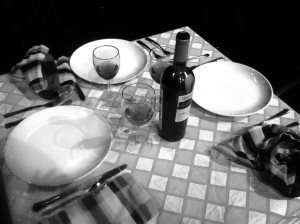 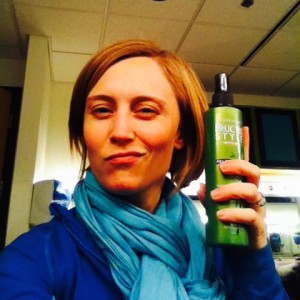 Theatre means dress up, make-up and hair spray! All rare in this practical northern climate. 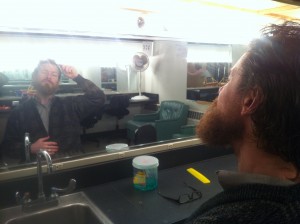 Jackson, Jay & Hannah. (Jay is pointing to the sign that says no pictures in the dressing room…) 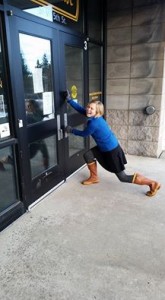 It’s so hard to say goodbye! (Actually, I was trying to get in for call on Friday…)

I followed this busyness up with some sleeping in, two movies (Girl Most Likely & Birdman), guitar playing, and a middle grade book splurge to counter the imminent feelings of “I never do ANYTHING” that show up immediately after I do something big.

I hope you had a lovely week/weekend!