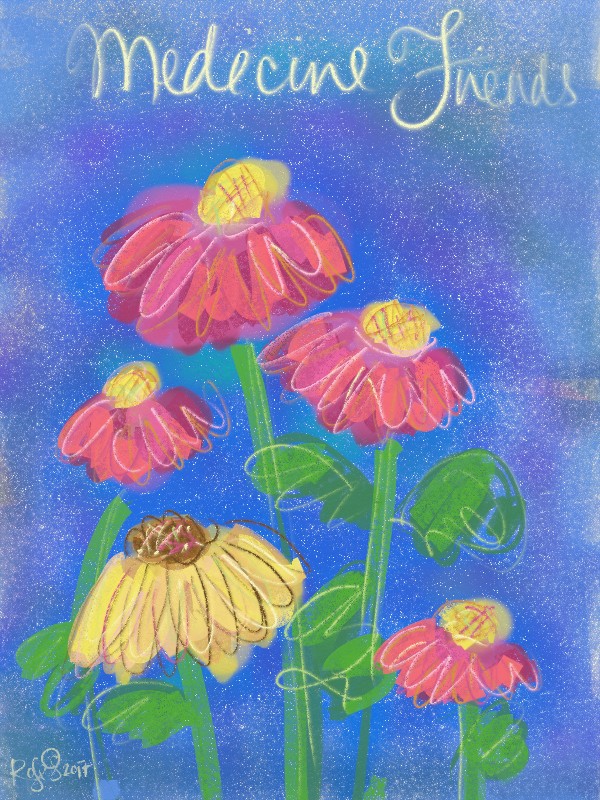 My grandparents’ house was sold at the end of the summer. This was a Century Farm, meaning it had been in the family for over 100 years; my grandpa was born there. My grandma moved half a mile from her childhood farm when they married.

They each had their own gardens (as did her parents). The story I’ve heard is that they needed their own spaces to plant what they wanted. Both gardens were magnificent in my childhood: my grandpa grew roses, my grandma grew everything else.

I’ve only discovered my dormant green thumb when I bought my first house: all of a sudden I was digging and moving rocks and dividing plants… and transplanting. That first home in St. Paul presumably still has the cousins of my grandmother’s peonies growing out by the front door.

When we moved into the bed and breakfast in 2013, I began the process of recreating my grandmother’s garden once again, though I didn’t realize that was what I was doing at first. There was already a hardy perennial flower bed here with peonies, day lilies, some tiger lilies, and irises.

But there weren’t flox or echinacea or black-eyed Susan.

So when I found out that, a few years after my grandma moved into an apartment, her farm had a buyer, I made sure to go dig. A year later, they’ve bloomed. Next year they’ll be bigger.

Perhaps once they’re established, I’ll be ready to try my hand at roses.