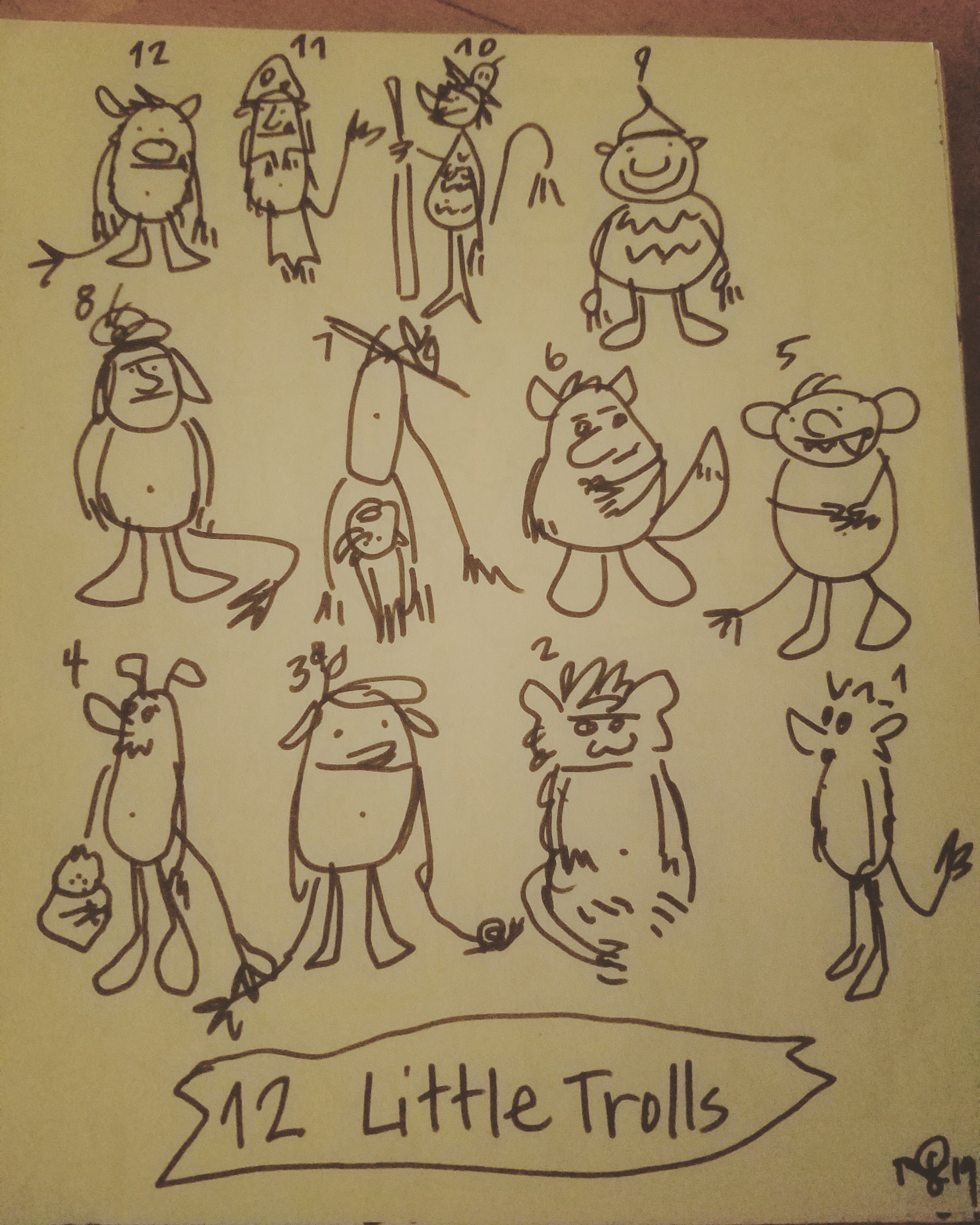 Occam’s razor (or Ockham’s razor) is a principle from philosophy. Suppose there exist two explanations for an occurrence. In this case the one that requires the smallest number of assumptions is usually correct. Another way of saying it is that the more assumptions you have to make, the more unlikely an explanation.

Are Simplest and Easiest the same thing? (And do rules for science translate to art?)

As I step into being an illustrator (because it’s fun, and because, as Dessa says, I’m the cheapest person I can hire), I’m trying out styles.

I’ve had the freeing realization that I’m a cartoonist, not a fine artist. But there’s still a wide range within that definition.

After a great (free!) workshop at the library with Trisha Speed Shaskan and Stephen Shaskan, I spent time drawing profile and 3/4 views of some of the 12 Little Trolls. Then I wondered how simple, how cartoony they could be.

Whether or not I stick with this look, it’s helpful to feel fluent in the most essential shapes and lines. (After all, I’d like to do 12 books– that’s a lot of trolls).