A group of picture book illustrators stayed at the B&B over Memorial weekend. I had met one of them at a SCBWI conference in Chicago last year, and she pulled a group together and headed north.

First of all, I LOVED that each of them led a workshop. It was so much more fun than being at a big conference where everyone is feeling shy and hurrying from one session to the next.

Emmeline led us through chapter book illustration. We read the first chapter of Neil Gaiman’s “Coraline” and made notes of what we could draw for the full page and for the “spot,” a smaller image. (I discovered that though I like having a picture of the setting, I otherwise choose small tokens that aren’t necessarily important to the plot; others drew the characters right away, but I like to leave that up to the reader).

Alicia showed us her iPad Pro and Apple Pencil… and so began my conversion.

I’m pretty crotchety about technology; I dig my heels in and don’t like new things– i.e., I was totally anti iPod for years– and then I do a total 180.

I should have seen it coming given that I kept asking them, “But don’t people think it’s cheating to go back and forth doing your art on paper and on the computer?”

Nope, not cheating. Not cheating to use the computer, to make multiple photocopies of the “good” sketch, or to use tracing paper.

So, I tried the magic Apple Pencil (which responds to pressure, in addition to having a ton of cool options). And I was in LOVE.

It was so EASY! There was a BACK BUTTON!

I took a picture of my sketch of Coraline’s house… 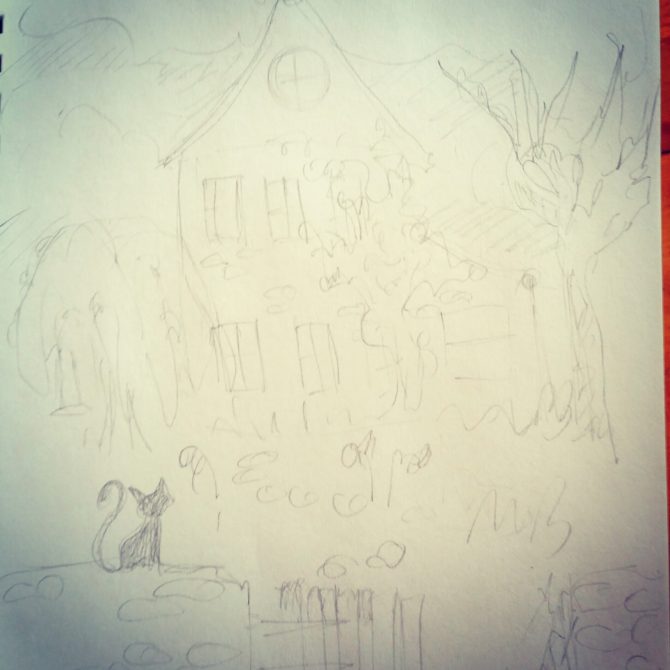 And started messing around, just using the basic photo editing app on my (android) phone. I loved that I could take pictures along the way. And I discovered that in the digital medium it felt much easier to do background layers– something I seem to forget about on paper. 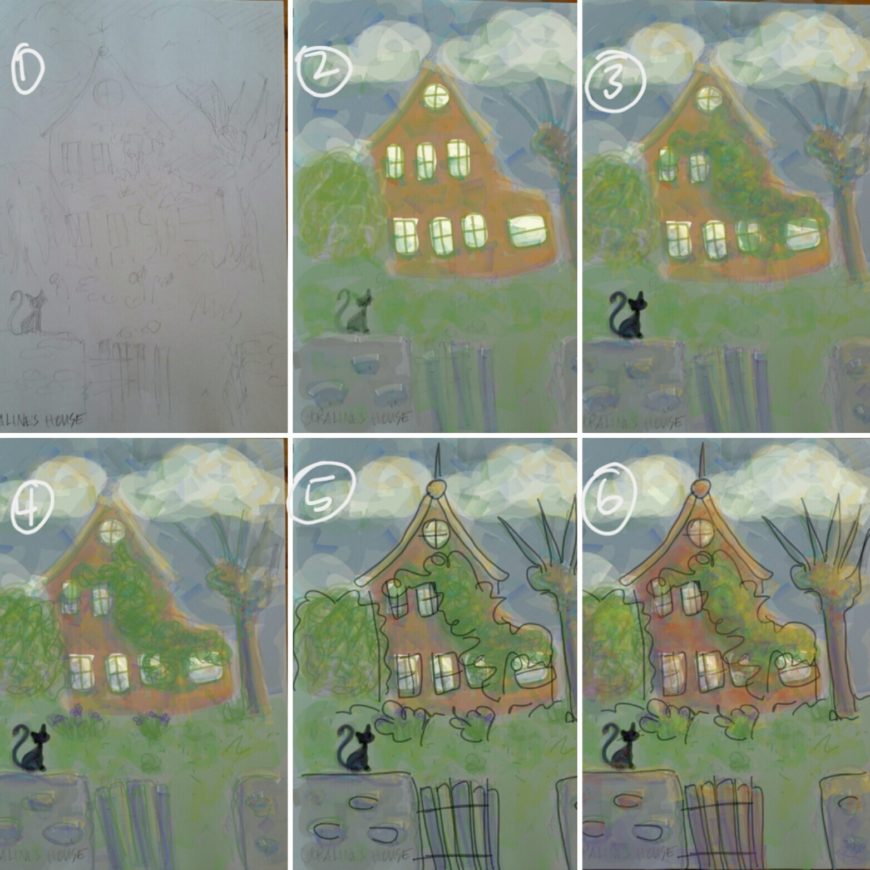 And here it is: Coraline’s house! Drawn on a phone with my finger!

I’m so grateful to join these lovely ladies, and to discover a very accessible way to illustrate. I’m inspired to illustrate some of my own picture books, and I’m starting to research digital drawing pad options. 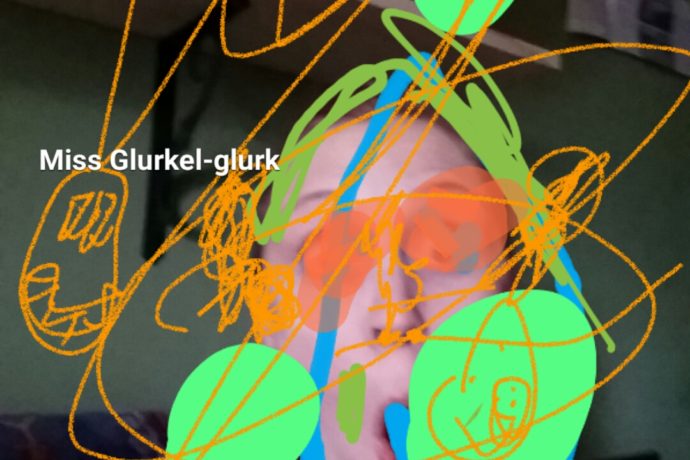 For some reason, he didn’t think it was quite as funny when I drew on a photo of him… Doesn’t this look like a fun character for a story? 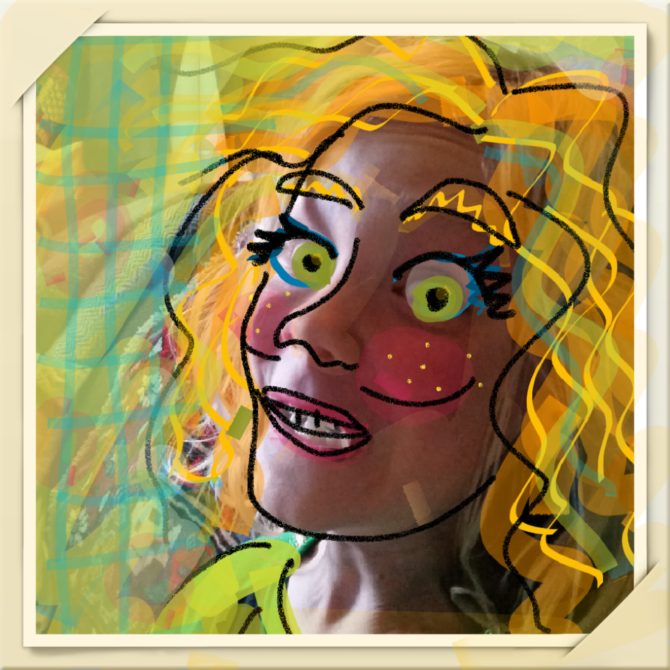