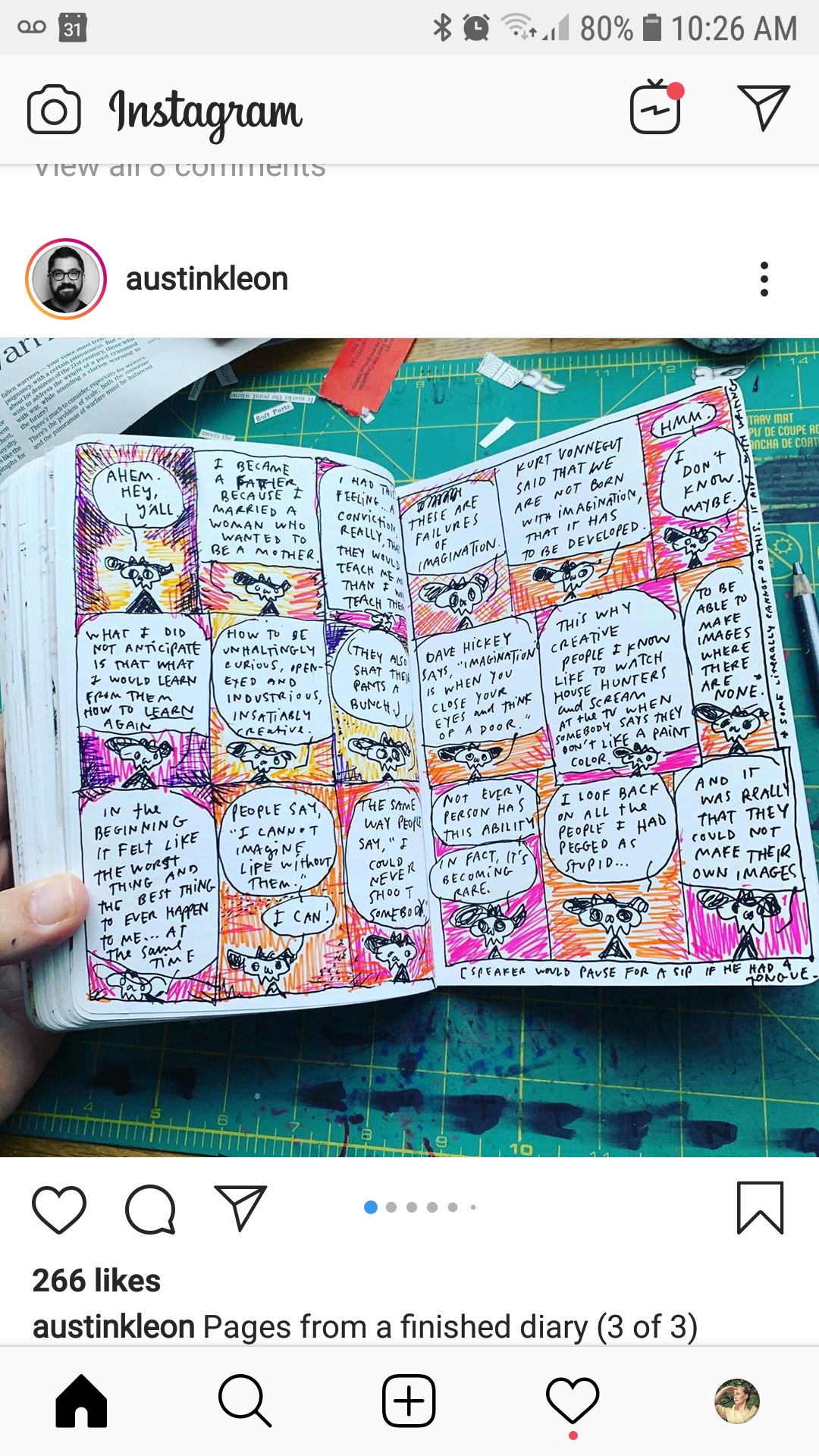 “…it was really that they could not make their own images.” 🤯💛

This is so wonderfully clear– I love teaching writing/theatre/storytelling with kids best because each experience gives them a landmark and an anchor point of knowing they CAN make their own images, and what that feels like.
This also reminds me of how confused I was that you’re supposed to stage a house in order to sell it… Because people can’t picture what it could look like! And I always preferred an empty house because other people’s stuff cluttered up my images and visioning of how I could make the room look.
I don’t believe not every person has this ability– why? Just because the thought is too sad? I guess it’s something I can’t imagine!
But really, what child doesn’t play? What kid, with nothing more than a stick or a pinecone to entertain them doesn’t imagine– make images– of something else??
And what pairs so well with this is Tom Guald’s Edison quote:

“My so-called inventions already existed in the environment. I’ve created nothing. Nobody does.” 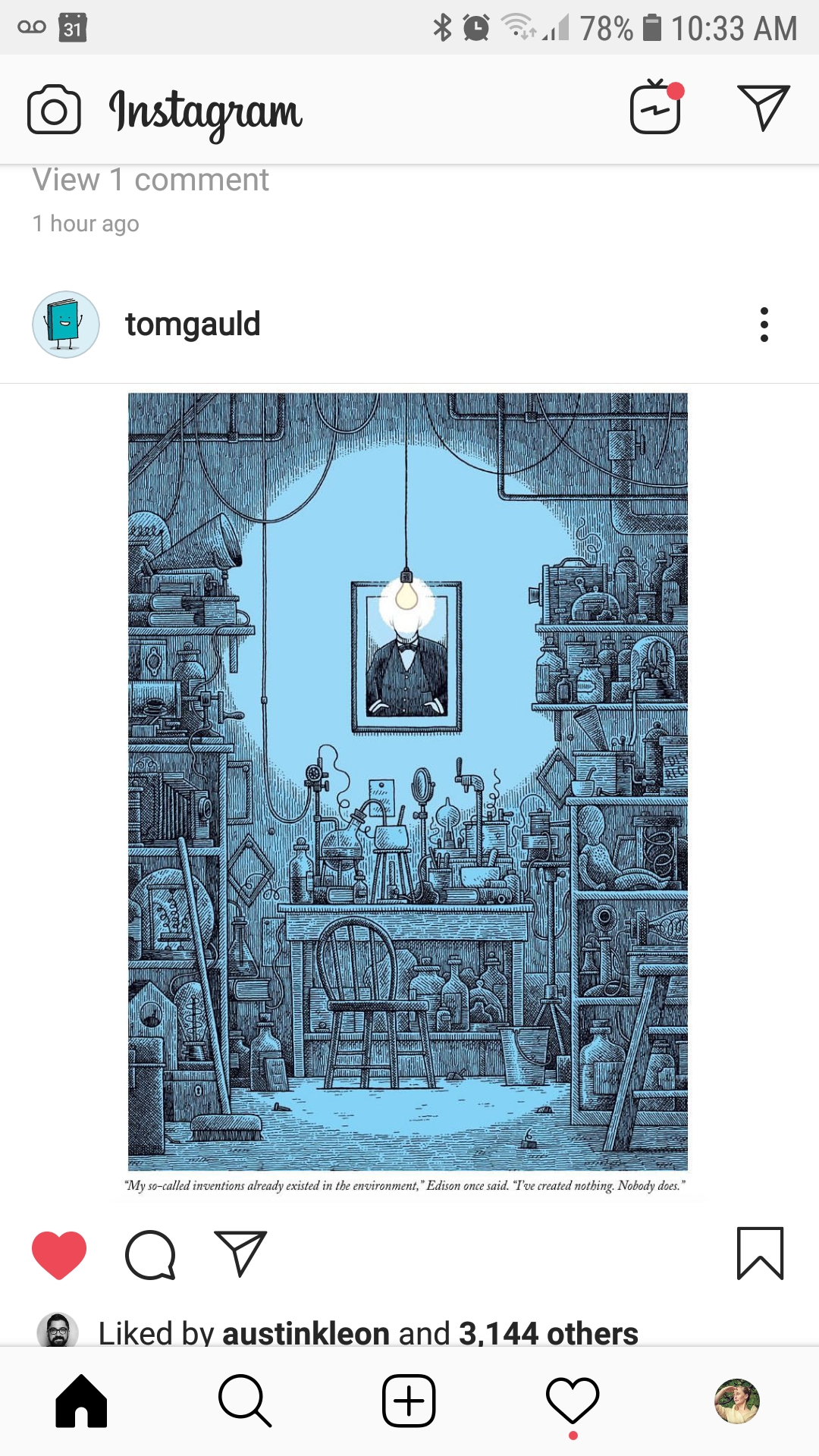 Like atoms, like matter not being able to be destroyed, only reused, ideas and images and inventions all exist around us. So being an artist, a poet, that is to say, a healthy and reverent human, is SEEING THE INVISIBLE THAT IS ALWAYS AND ALREADY PRESENT.
If you’re an artist or inventor, then you try to make the invisible visible. But everyone can see it, and they only stop seeing it through training or trauma.

What I want to do is make sure no one loses it entirely. I want every kid (and thus, person) to know where at least one secret doorway to Narnia is within themselves and always be able to find it again, even if they don’t go through daily or often at all. It’s like how Europe was for me in my podunk, I-don’t-quite-fit-here childhood: knowing it existed was a balm, a magic token. A bully could only hurt me superficially because I held within myself this whole other marvelous world, even when there were long years between trips.

I’ve always thought that it’d be nice to have Faith– Christian belief that I really believed. It’s interesting that this faith in Europe isn’t so different as believing that there is a Heaven, that someday we’ll all belong and live in beauty and peace.
Isn’t faith holding in one’s mind and heart the image (the living image) of something invisible yet tangible? And in both religion and art aren’t we charged with making “Heaven on Earth?”

You have to see it and keep believing in it.