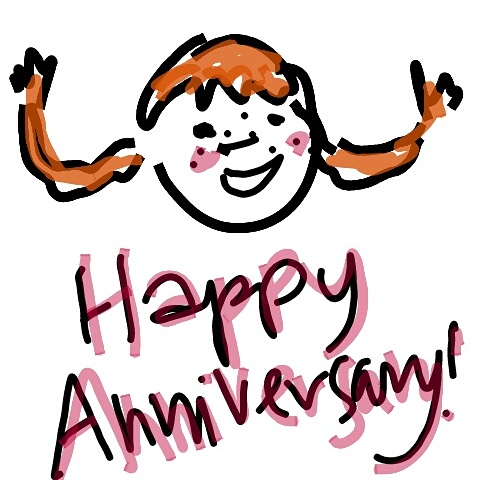 Twelve years ago on October 12th, I finished my show as Pippi Longstocking at the Norsk Høstfest and walked around to say hello to the wood workers.

There was a cute guy in suspenders and a plaid cap, carving a timberframe trestle. I stayed in character… And stopped by again later.

We went to the Ground Round for supper (along with my mom and some of the North House ‘old guys’). We spent the next 4 days of the festival together, making plans for trips to Prague and India. (Charlie the birch bark guy said “don’t go getting married tonight!”)

A week later I visited Grand Marais for the first time. We kayaked Lake Superior (and got soaked), slept in a yurt, looked at stars on the Bridge of the Master, and I kissed him on Fishhook Island.

In January we got engaged.

In August we got married.

Since then we’ve lived in the Twin Cities in an old farmhouse, at a canoe camp at the edge of the Boundary Waters, in the Indian Himalayas, in a yurt at a CSA, and now at the B&B.

I know weddings are a big deal, but the day we first met always seems like the most magical anniversary to me. ❤